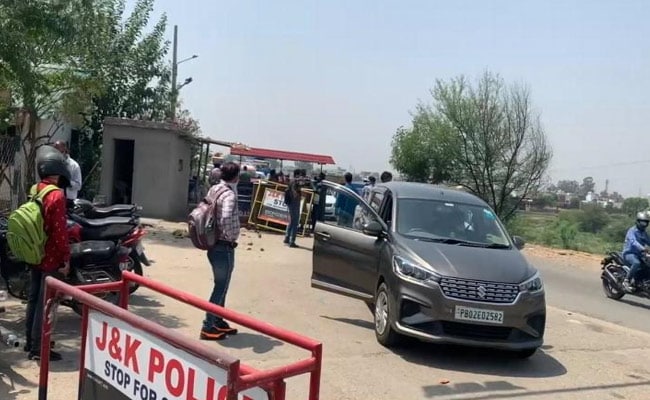 Jammu News: The drones were spotted near the Kaluchak military station in Jammu.

The army says a major threat was averted after two drones were seen last night near a military station in Jammu and fired at by alert troops, hours after drones were used in a terror attack on the Jammu Air Force base.

The drones “flew away” after the army fired at them, said an official statement.

The drones were spotted near the Kaluchak military station in Jammu. The first was sighted at 11.30 pm and the second, around 1.30 am.

“On midnight of 27-28 June 2021, two separate drone activities were spotted over Ratnuchak-Kaluchak Military area by alert troops. Immediately, high alert was sounded and Quick Reaction Teams engaged them with firing.  Both the Drones flew away,” said the army statement.

“A major threat thwarted by the alertness and proactive approach of troops. The security forces are on high alert and the search operation is in progress,” it added.

The incident is being investigated.

The army fired on noticing a drone hovering over brigade headquarters in the outskirts of the city.

The military station was cordoned off immediately and a search was launched.

The new drones were spotted around 24 hours after drones were used in explosions that took place in the early hours of Sunday at the Air Force Base.

Two Indian Air Force (IAF) personnel were injured in the explosions that took place around 1.40 am, within six minutes of each other.

The first blast caused damage to the roof of a building at the technical area of the airport and the second exploded on the ground.

Jammu and Kashmir’s Director General of Police, Dilbagh Singh, said a “drone with payload” was suspected to have been used to “drop the explosive material”.

This was the first such instance of drones used in a terror attack on an Indian military facility.

Investigating agencies and the police say Pakistan-based terrorists were behind the attack at the Air Force Base located around 14 km from the International Border.

Later on Sunday, a terrorist was arrested with an explosive device weighing five to six kg, said the police, but added that the arrest was not linked to the air base strike.

The police said a “major terror attack” had been averted. According to Mr Singh, the explosives were to be picked up by a terrorist of the Pakistan-based Lashkar e Taiba and planted “at some crowded place”.